Going into The Nutcracker and the Four Realms, all I could think about was the abysmal sequel Alice Through the Looking Glass and pray to everything that was holy that this was going to be tolerable. Luckily for myself, The Nutcracker and the Four Realms is not only a really enjoyable time for fantasy fans and families alike, but it's also a film that's incredibly easy to ease into with every second of the plot. With dazzling visuals along with some incredibly disastrous effects, a simplistic story to follow along to, and most importantly great performances provide a film that is surprising enough to exist before witnessing the talent within this beast. It may not be a success in some hearts, or a box office giant, but it certainly will go down as one of the most enjoyable films of the year.

The Nutcracker And The Four Realms Reviews Are In, Here’s What The Critics Think

Disney's take on the short story/ballet is helping kick off the final round of movies in 2018 this weekend, but early reviews are now pouring in, and it sounds like The Nutcracker and the Four Realms won't be going down as a Mouse House classic, though that's not to say it doesn't have redeeming features.

Lasse Hallstrom and Joe Johnston directed The Nutcracker and the Four Realms separately and in doing so the film’s direction feels a tad misguided at times. It’s hard to say which director is at fault for what, but when something obnoxious were to occur on screen, in the next scene it would be made up for by the films absurdity taking full effect. Beyond the films simple story I was most impressed by how the filmmakers didn’t take this film too seriously; it’s a fantasy world and within it are the characters built around it, acting as though a dire situation has come to destroy them. However instead of what a filmmaker like James Bobin or even more recent Tim Burton would have done, the two don’t go off the walls into stupidity but instead embrace the absurd nature of the story and all it captures. Burton is known for his odd style of filmmaking but he can dive too deep and remove any character development in the process for idiotic visual storytelling that lately hasn’t been working for the icon. Luckily this film doesn’t have anything to do with Burton or Bobin, and instead has its own set of rules. Beyond the irritatingly drawn out ballet shots near the beginning, used as a failed attempt at exposition, the film relies more on the visceral world and not on ballet or anything similar. Some may be disappointed in the directors’ decision not to have hardly any ballet involved in the film, however I am faithful for that as I belive it would have burdened the story with dance, just as the small performance at the beginning didn’t provide the necessary context that it was meant to bring.

Movie trailers used to play after the film.

Grieving Clara (Mackenzie Foy) is looking for an outlet from her misery and that may just be inside of a mysterious sealed egg gifted by her deceased mother. In a journey to find the key to open the egg, she enters a world of magical wonder that she never would have expected to belong to. On the lookout for the key, she discovers many secrets about her mother and her history within the discovered land while slowly discovering herself along the way. The story edges towards the basics, relying heavily on built up resentment, a sense of wonder, and a looming mystery. It doesn’t attempt to be overly clever and it works to scribe Ashleigh Powell’s benefit as it attracts much more to the viewers attention span; with a quickly paced story and compelling (although a little underwritten) characters.

The Nutcracker And The Four Realms (2018) Review

With the content generally associated with The Nutcracker, a ballet I’m not too familiar with, I was pleasantly surprised by how simple it was to follow the story; building a base of only a few “complex” characters around a village of practically background characters with occasional lines. Either way, it was great to see just how well acted this film was across the board, aside from one standout stiff performance that may be purposely done for the part at play. From more noteworthy actors like Helen Mirren and Keira Knightley to newer talent such as the lead, Mackenzie Foy, they all fill their role extremely well. I’d even like to applaud the actors in this film because their emotions throughout depressing times, inspiring times, and unsettling times are all conveyed with such realism and ease. It’s awkward in a way that a film of this caliber had this kind of talent behind it going full throttle (a majority of the time) to make their characters truly come to life.

The incredibly talented composer James Newton Howard (The Hunger Games, Nightcrawler, Pawn Sacrifice) establishes himself once more with his idealistic approach at telling a story beyond what’s visually presented on screen. Even with astonishing visual effects, the marvelous work of James Newton Howard builds an even greater story and inducts a film worth experiencing into a whole new realm of possibilities. From reflecting different emotional cues through his music to magnifying massive events to their fullest, the score is able to flawlessly capture what the directors were ideally going for with the final result. As far as the sound design goes, it works relatively well, creating a world of disbelief. However, there is room to improve. With steps through the snow, scurrying mice, and snapping twigs not being properly portrayed audibly on screen, it makes the viewer question the universe of other specific instances that could have helped create a fuller, more fulfilling world. Little noises that create a moving reality are the qualities I hope for when directors and writers take on projects that build a bigger world than our own to explore.

The visual effects in this film are astonishing for a majority of the feature, truly taking my breath away. While at the same time, several of the same shots that were stunning a moment before, would be horrendously rendered in the next scene, especially when the setting is used as a backdrop instead of as a part of the action. Aside from the digital qualities of the film, The Nutcracker and the Four Realms has a tremendous amount of care in their set designs, assumably paying homage to that of the ballet/play of the same name. While the makeup may be a little overabundant at times, the design is soon forgiven when the characters are introduced as toys transformed into lifelike beings, as it’s the makeup that at first glance will leave the common person questioning the decisions being made by the artist, however after some interpretation they are almost Academy Award worthy transformations.

"The Dark Knight." In preparation for his role as The Joker, Heath Ledger hid away in a motel room for about six weeks. During this extended stay of seclusion, Ledger delved deep into the psychology of the character. He devoted himself to developing The Joker's every tic, namely the voice and that sadistic-sounding laugh.

The Nutcracker and the Four Realms is certainly an enchanting time at the cinema, creating a world that I wouldn’t mind revisiting in other creations down the road. However as a stand-alone feature that it most certainly will remain, I was grateful to have received a film unlike what was expected from the redundant trailers. The Nutcracker and the Four Realms may not go out of its way to amaze with complexity, but it’s simplistic nature shines when the magical world speaks for itself through many of the confounding effects. It’s a film not only for those seeking a fun family film but for those seeking a quick fantasy film to fill the Christmas void until the time comes to bring out the holiday classics.

Disney's live-action film The Nutcracker and the Four Realms to release in India on 2 November- Entertainment News, Firstpost

"At Your Service, Princess Clara."

"What We Do In The Shadows." The man who plays Stu is not an actor but actually Stu Rutherford. A part-time business analyst for a Wellington company, LanWorx. He was hired for the film under the impression that he would be working on computers, and that he would play a small part in the film.

Disney's The Nutcracker And The Four Realms Is Gorgeous, But Empty

Disney’s latest live-action adaptation, The Nutcracker and the Four Realms, tries to lean in on that narrative of girl power, casting young Clara (Mackenzie Foy) as an burgeoning inventor who, mourning the recent loss of her mother, travels to an ethereal parallel dimension in pursuit of a magical key that can open her mom’s final parting gift.

All rights on article are belong to: www.empireonline.com 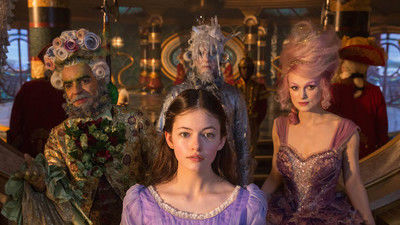 The Nutcracker and the Four Realms Movie Review (2018)

The Nutcracker and the Four Realms (2018) – Not that Suite 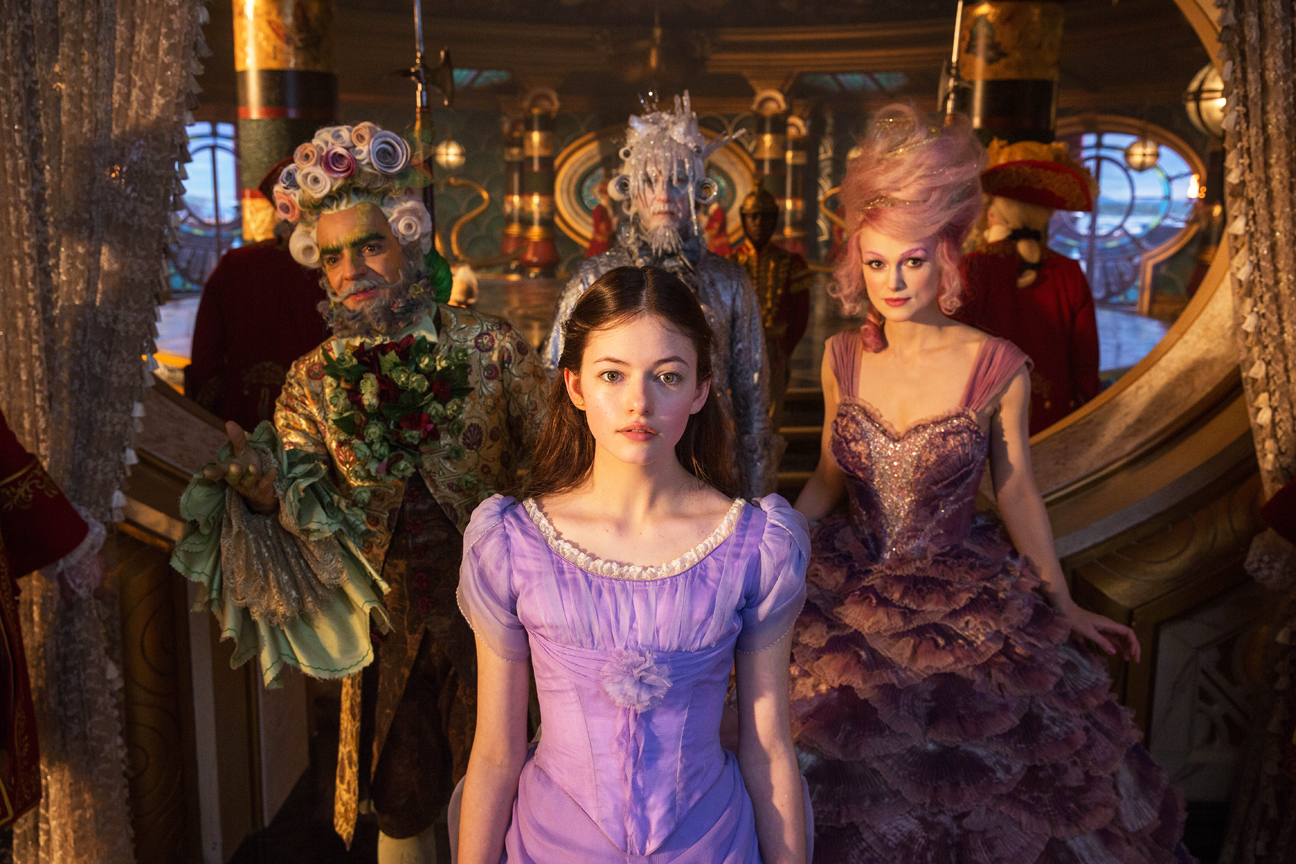 ‘The Nutcracker and the Four Realms’ Review: Tchaikovsky Is Rolling In His Grave

Nutcracker and the Four Realms (2018) How Much Bohemian Rhapsody Made On Opening Night

Why A Wrinkle In Time And The Nutcracker Failed, According To One Disney Exec Wait, Does Thor: The Dark World Confirm An Avengers 4 Theory? What ‘Aquaman’ Means for the Future of DC’s Cinematic Universe 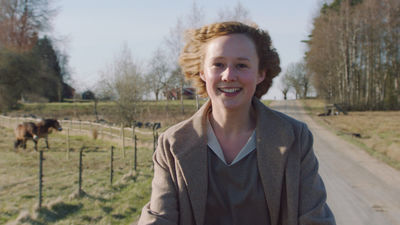